Home Gaming All About Hibox Controller 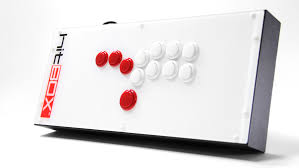 In today’s article, we will let you know about the Hibox controller, so just this information till the end to find out what you need to know about it. If we explain custom hitbox controllers then we will say that they look like fight sticks, but they’re more like closer to a keyboard in their functioning. It only has buttons and no joystick.

There are 4 buttons in the place of the joystick which, basically, is the correspondent of W, S, A, and spacebar on a keyboard. The button which is called the ‘space bar’ button is somewhere close to the left-hand and right-hand side buttons and is a little bit bigger in size. It should be stated at this point there is also a difference in the Hitbox named the Mix box. It is similar to a Hitbox, apart from the left-hand side is much more characteristic of a keyboard as they usually are just steering keyboard buttons.

Just imagine it as a keyboard. All those people who are acquainted with playing fighting games on PC with the help of a keyboard, this will look really simple to do so. For the rest of the people, it would be a bit tough to get your hands straight and get some know-how of the controls. Basically, the left-hand side buttons control indicates the movement, at the same time as the right-hand side is the classic normal move button. You are supposed to utilize a combination of both fingers to use it in the best way. Here the larger button in the middle is for your thumbs and controls things such as if you have to jump while playing.

When it comes to the main and foremost perks of a hitbox then we can say that it is precision and speed. These are surely the best perks of utilizing a Hitbox controller. With the help of a joystick, there is more travel time as you have to wait for a while to go back to neutral mode after recording a direction. Though with a Hitbox, you can tap left and right buttons to indicate a neutral position.

This is also named as a ‘true neutral’ position and would be hard to direct on a joystick. What this means to say is that hard commands such as wave-dashing, for instance, can make these simpler to be done. Another perk of utilizing a hitbox is a relief. There are also some users who have reported that hitboxes are being a lot more at ease in comparison to a joystick as it needs less wrist movement.

Should I get a Hitbox controller?

As far as it is concerned, whether you should go for it or not varies from person to person. There are some people who are more at ease with a hitbox controller, but some, on the other hand, don’t think in the same way. It varies according to your choice and needs. In case it is vital for you then go for it.