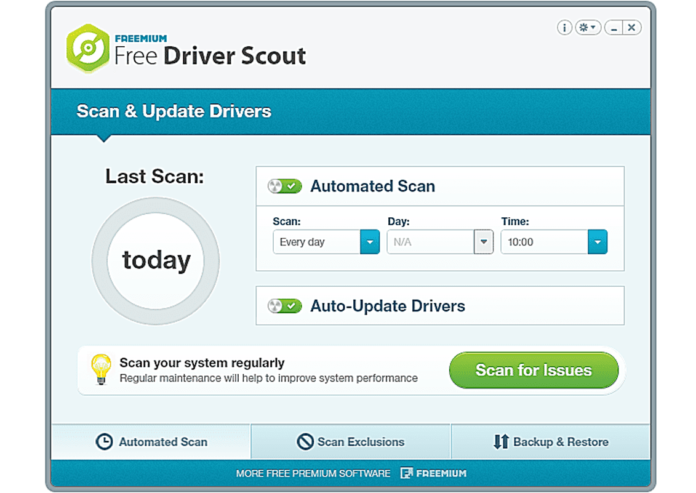 Note: This review is about Free Driver Scout version 1.0.

It assists many versions of Windows, with a nice attribute that’s supportive and more significant to the main processing of upgrade of Windows.

Automatic driver updating is of course one of the biggest advantages of using Free Driver Scout, but there are also other things to consider:

After reading the benefits and description above, it’s obvious that Free Driver Scout is a very good choice for a driver updater if you don’t want to have to think about running scans and downloads yourself. same. Besides that, you can save drivers and even download drivers for a different operating system, which is really great.

However, as we mentioned above, Free Driver Scout just didn’t find as many outdated drivers as some other driver update tools. This is obviously a turn off because even though the software does all the heavy lifting for you, it’s not the best tool available if others are able to provide more information about outdated device drivers.

Also, it seems that the developer has stopped releasing updates for the program. The website does not include Windows 10 as an official compatible operating system and it has been at version 1.0 for a long time.

During installation, the installer tries to add some unrelated programs to your computer with Free Driver Scout software. If you want to opt out of installing these programs, you must click Decline for each offer.