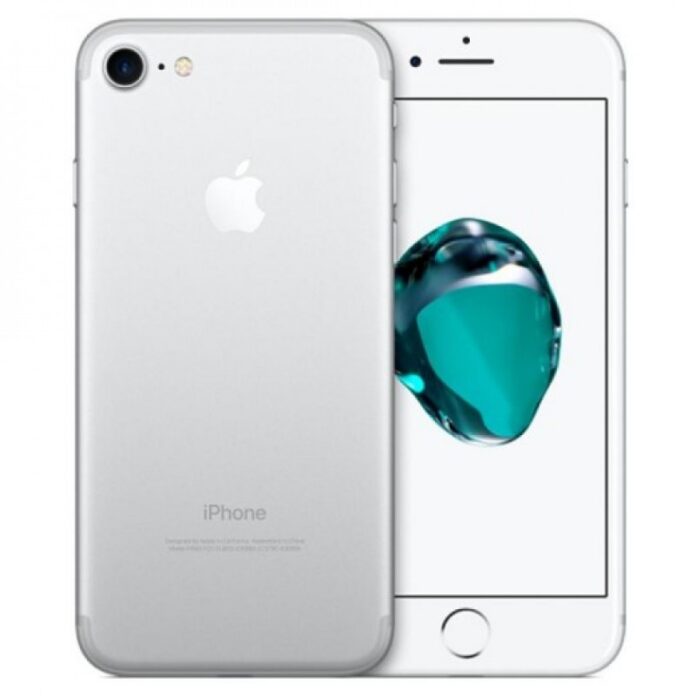 iOS: Is the iPhone 7 still getting updates?

The iPhone 7 (Plus) came with Apple’s iOS 10 operating system, which included a redesigned lock screen – much to the chagrin of many Apple fans, as it was the first time Apple had eliminated the traditional unlocking method (“Slide to unlock”).

Since then, all iPhone models can be unlocked by simply pressing the Home button or swiping up on iPhones with a “love-it-or-hate-it” notched screen (iPhone X and more recent). iOS 10 also saw the introduction of the Home app, with Siri opening up to work with third-party software, while the camera can be quickly accessed from the lock screen itself by swiping left.

Meanwhile, the latest version, iOS 13, is available for iPhone 7 and 7 Plus. The operating system has a number of new features, including the new “Sign in with Apple” service, which happens to be an alternative sign-in service to Google or Facebook.

Also, the long-awaited dark mode is now available on iPhones that have been updated with iOS 13. This mode can be set manually or automatically, depending on the current time, which makes the entire iOS interface turns dark gray/black when needed.

Five other minor updates have appeared on iOS 13 through May 2020, among them fixed security vulnerabilities, new features such as iCloud folder sharing, new emojis, and exposure notification API which supports contact tracing apps.

The iPhone 7 and iPhone 7 Plus will also get Apple’s new operating system, iOS 14, when it’s released in the fall of this year. Assuming Apple continues to maintain its update policy, both versions will also receive another major iOS 15 update in 2021.

System security and having the latest updates will therefore be guaranteed for at least two more years, which is enough to keep the iPhone 7 still a very attractive device even if you pick it up in 2020.

Prices and availability of iPhone 7 models vary. Since Apple no longer sells the iPhone 7 through its official channels, potential buyers will need to consider other alternatives. Be aware that when it comes to older iPhone models or models that are no longer being sold, resellers tend to offer refurbished devices (usually used devices that have been reconditioned) at a reduced price.

These are iPhones that have been previously used or have been unboxed and returned for reasons only known to the owner. Amazon labels these devices as “Amazon Renewed” for example, with the assurance that they are “certified and refurbished” smartphones. Amazon wants to provide additional peace of mind by offering a one-year renewed warranty for these products.

Refurbished Apple iPhone 7: what to watch out for?

Note: A Refurbished device must work like a new device, otherwise it is just a second-hand smartphone.

The iPhone 7 screen is not just a stretched version of the 6 plus model, its resolution is also much better. While the regular 4.7-inch iPhone has a resolution of 750 x 1334 pixels, we finally have Full HD resolution (1080 x 1920 pixels) on the iPhone.

Considering that the difference in size between the two is not even an inch, it is obvious that it is better to invest in the iPhone which offers a resolution worthy of the new generation of smartphones. Especially since devices like the Galaxy S7 (also 5.5 inches) have a resolution of 1440 x 2560 pixels.

The iPhone 6 is already quite fast and efficient these days, but there’s no denying that a little more available RAM ends up helping to get heavy tasks or fun things done at the same time. While the standard model only offers 2 GB (a low number for today), the iPhone 7 brings no less than 3 GB of RAM.

That’s already considered the least a next-gen smartphone should offer, especially as apps and games have gotten heavier and more sophisticated over the years.

More comfortable to use

Some prefer smaller smartphones because they are easier to store in the pocket or because they are lighter overall, but a larger screen means more comfort in performing daily tasks. It is much more pleasant to read and write emails, watch movies or videos, play more detailed games, etc. Plus, the larger screen allows you to accommodate more widgets and have more space to display apps and documents on your iPhone.

This may be the main reason why you prefer the iPhone 7, after all, it has two rear cameras of 12 megapixels each, while the Samsung S8 only has one. This allows you to shoot at a much wider and more detailed angle than usual.

You’ll also see a difference in photos taken in low-light environments, which are sharper thanks to the increased light input. Plus, you can enjoy the unique effects that are only possible when you have two cameras working together, resulting in rough-quality photos from a semi-professional camera.

The battery should always be taken into account when you are planning to buy a new smartphone because there is no point in getting a super powerful device if its charge does not last a normal working day. The iPhone 7 battery is quite acceptable with 1960 mAh. So you can go on an excursion without any fear, no more stress concerning the battery during your trip to Dublin this summer.

The iPhone has always been one of the smallest smartphones on the market compared to its competitors. This was one of the big reasons why the Plus version was created from the iPhone 6, since many consumers no longer wanted to have to keep a 4.7 inch device when everything Android was at least 5 inches.

These days, most high-end smartphones have standard 5.5-inch screens, while mid-range ones are usually released with 5-inch screens. This is the case with Samsung, LG and Motorola devices, for example.

As we already mentioned, it brings better resolution, a more comfortable screen to perform tasks or play games, and still falls in the middle between a smartphone and a tablet.

The iPhone 7 finally offers stereo sound in its speakers, which is highly anticipated by Apple consumers.

The iPhone 7 processor is, as anyone can imagine, the fastest the company has produced so far. The A10 is the first quad core produced by Apple. It’s 2 high-performance cores for more demanding tasks like gaming, plus 2 more cores for power saving. According to Apple, the iPhone 7 is up to twice as fast as the iPhone 6.

For the first time, an iPhone is water, splash and dust resistant. So, if it accidentally falls into the toilet or the pool, you won’t have to pay for the repair of your smartphone.

Water, splash and dust resistance is not a permanent condition and may decrease over time. Do not attempt to charge a wet iPhone. See cleaning and drying instructions in the user guide. Damage caused by contact with liquid is not covered by the warranty.

As incredible as it may seem, the iPhone 7 is one of the cheapest smartphones on the market today. Buying an iPhone 7 will therefore save money in addition to being an excellent choice.

Top 10 IPhone 7 Plus Cases And Covers

How Much Does An Iphone Weigh