Home How to How to Recover Unsaved Camtasia Project or Recording 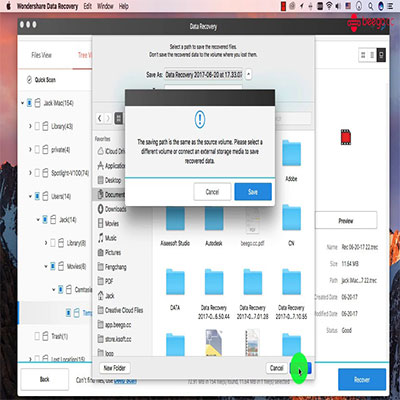 Updated: September 02, 2021
I have been using Camtasia for screen recording and video editing purpose for a long time now. It is a very handy tool, and I have been using it for basic editing until now. Camtasia allows you to record your desktop screen or through webcam or both along with the audio. You can later adjust the audio by simply increasing the audio. There are several features of Camtasia, which are essential for a Vlogger or video maker. However, there is a common problem with the software and that is frequent crashing.

The Camtasia usually crashes when you wake up your PC from the sleep and try to create a new project. After creating the project when you are about to save it, you would get an error message saying that the program has crashed or the software couldn’t save the project. The error message will terminate the program as well. This error can occur on any version of Windows including Windows 10, Windows 8 and Windows 7.

Now if you restart Camtasia, most of the time you will see a pop-up window asking you to recover the unsaved project. When you click on Recover button, you will be asked to enter a name for your project and the file will be saved in camproj format, which is the default format for Camtasia project.

Later you can import the project and produce the project in your preferred video format including MP4 and more.

Now how to recover the unsaved Camtasia recording? The Camtasia software does come with auto-save project feature. Basically what it does is that it saves all your current edits or projects which are in progress temporarily in a location as untitled.

Press Windows key + R and type temp in the run dialogue box and hit enter. This will open the Windows Temp folder where you can see all the temporary files and folders.

In your case, the file should begin with “camrec” and then some random number. Open that folder and you should see an AVI file inside the folder. That’s it! You have successfully recovered your unsaved Camtasia project or recording.

How to Recover Unsaved Camtasia Project

The first thing to note here is that don’t try to create any new project on Camtasia until you recover the unsaved project.

Now open file explorer in your PC, and navigate to C:\Users\dell\AppData\Local\TechSmith\Camtasia Studio\8.0\Auto-Saves.

The location can be different based on your username and where you have installed Camtasia.

If you cannot find the above-mentioned directory, download this little utility called Everything. Install it and run the program. Now in the search bar type Auto-saves.

Search Everything will scan your PC and you will see a folder named as Auto-Saves. Right-click on the folder and select “Open-path”.

This will take you to the C:\Users\dell\AppData\Local\TechSmith\Camtasia Studio\8.0\Auto-Saves. Click on the Auto-saves folder and open it. Inside the folder, you will see an untitled Camtasia project with random numbers. For example, you may see a file named as Untitled14c4dc36.autosave.camproj.

Check the date of the project created or modified and if it matches with your unsaved project, then the possibility is that you have found your unsaved Camtasia recording.

Now that you have found the unsaved recording, how to recover it? Well, if you are thinking of opening Camtasia and importing the project from Auto-saves folder, you will be disappointed because Camtasia will show nothing in that folder.

What you can do here is that keep Camtasia open, open File Explorer and navigate to C:\Users\dell\AppData\Local\TechSmith\Camtasia Studio\8.0\Auto-Saves. Now drag and drop the file Untitled14c4dc36.autosave.camproj to Camtasia.

In a few seconds all your image, video, audio and text files will be restored in Camtasia editor. That’s it! Now the first thing you should be doing is save the file and then continue with your project.

Tip: Whenever you wake up your PC or Laptop from PC, make sure that you close and restart programs like Photoshop and Camtasia (if they running) to avoid crashes.

How to Connect Xbox One Controller to PC

How to set Data Usage Limit in Windows 10

How to Disable Automatic Windows Updates in Windows 10