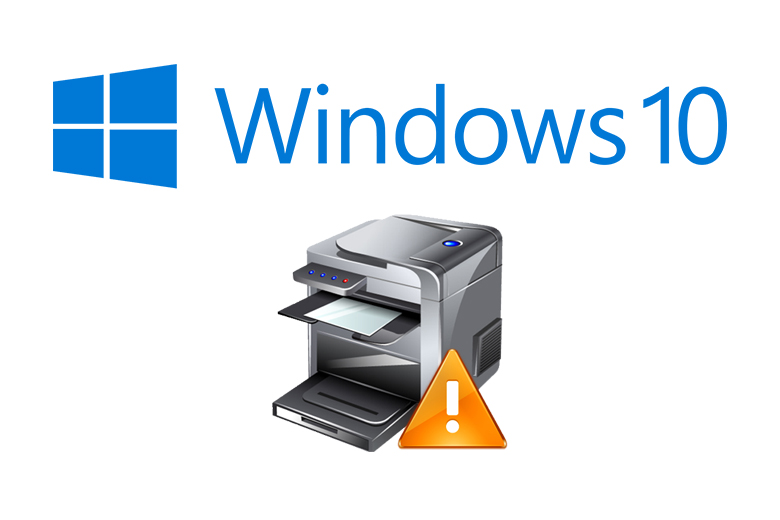 Microsoft has been a leading name for the computing industry, manufacturing extraordinary hardware and software components. And, you can’t deny how the Windows operating system has been serving mankind for decades with its reliable and user-friendly approaches. Windows 10 is the latest add-on to the Windows line-up and it’s currently the talk of the town. And, this time for making printers incompatible with printing.

Yes, you read it right. The latest Windows 10 updates have forced the regular printers to show ‘not working’. More surprisingly, the bugs within the updates have affected the in-use printers. Let’s find out the solutions if you have encountered the same scenario after installing any recent update patch from Windows 10.

What Forced are the Printers not Working with Windows 10-empowered Devices?

We all know that launching the latest updates is not breaking news when it comes to software upgrades of any operating system. More or less, every Windows user has frequently faced such update notification and installation. Coming to the problematic Windows 10 update, Microsoft had released updates on 10 May 2020.

And, after getting it downloaded or automatic installation on devices, users started facing printers’ non-cooperation with the Windows 10 device. As identified by the techies, the prime suspect is the Windows 10 updates are KB4560960 on Windows 10 1909, 1903, and KB4557957 for Windows 10 2004.

Among diverse complaints from worldwide users, the printer mainly showed software incompatibility. Even some users couldn’t avail printing through USB ports, as well. The affected printers experienced complications with the printer spooler system among the associated network. Therefore, avail printer repair Dubai for getting your printer back to work.

On the other hand, the affected Windows 10 devices went under the blue screen of death and frequent crashing. Even some have accused these patches to drive their devices’ security on the edge of vulnerability.

Microsoft had claimed the controversial Windows 10 updates are linked with the security patches. That means that the updates should have enforced safety preventions for Windows devices.

But, they turned out to be one of the biggest printing menaces of the year. And, not a single globally recognized printer brand could avoid the disaster, and got affected with the security patches of May. The list of victims has mentioned the printer brands Canon, HP, Brother, Ricoh, Panasonic, etc, that are unable to print virtual PDF documents, too.

However, Microsoft has clarified nothing about the cause and printing bugs in the recent statement. Windows experts have suggested that the recent Windows 10 security patches might have affected the compatibility level with PCL5 drivers with the Windows system. Well, those users who were facing tremendous issues had to roll out the recent updates. That was the only way until Microsoft launched a fix.

Microsoft’s Initiative to Deal with the Printer Issues

However, Microsoft acknowledged that something is wrong with the patches released in May.

The authority promised to fix the issue with some quick action. And, Microsoft has kept its promise. It has released out-of-band patches to fix the printer issues associated with the previously Windows updates.

Microsoft has listed the following patches to combat the printer issues:

How to Avail the Out-of-Band Patches from Microsoft?

Microsoft started releasing these out-of-band patches from June 2020. Additionally, Microsoft stated that other compatible patches for other windows versions would be shortly released. However, the patches aren’t automatically available for users.

The authority has confirmed that the patches might vary from 200 to 440 MB as per file size and would be available for every Windows 10 platform till July 2020. If you are struggling with printing issues due to the suspected updates, then you have to fetch the solution from the official Microsoft website.

In case, you are running a different Windows 10 version whose solution patch isn’t out yet, then what would you do? Don’t freak out because there’s a handier way available to discard the recent update patches from your device.

And, once the update patch gets uninstalled, hopefully, your devices would regain its compatibility. Here’s how to get rid of the Windows 10 update patches namely KB4560960 and KB4557957.

A prompt message might pop up. Go for Yes and on successful completion, you can notice a Restart Now option. Click on it and let your device, restart while booting to the previously installed Windows 10 version.

If any other Windows 10 update (rather than the mentioned ones) is bothering you, then you have to perform the same task to uninstall them. Otherwise, you can grab the solution out-of-band patch from Microsoft. If you think that the issue lies within your printer, then contact the printer repair Dubai for proven results.

If you are annoyed with frequent Windows 10 updates, then you can pause the automatic updates from Windows. Just fetch the Windows Update from the ‘Update & Security’ section of Settings. Go for the Advanced Options and choose the longest duration to pause the upcoming updates. And, now, Windows updates won’t bother you anymore.